Tyrus Raymond “Ty” Cobb was a legendary baseball player active between 1905 and 1928. He still holds some MLB records, including best batting average. But his reputation has been ruined by fabricated stories, mostly about his purported racism. 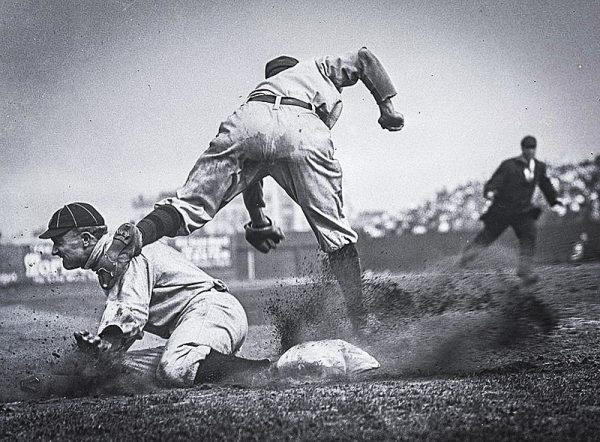 Alex Schwazer is an Italian race walker, 2008 Olympic Champion, who was disqualified twice for doping offences: at first, in 2012, because he was cheating; eventually, in 2016, because he wasn’t.
A new man, deeply changed, he was dead serious in his quest to fight doping. Did someone decide he was an inconvenience for a world of Athletics that got used to turn a blind eye on cheaters, content with just keeping up the appearances? It seems the latter disqualification was based on fabricated evidence.

Two cases that have very little in common, except for the bitter conclusion, where a superficial public opinion was led to pass a negative judgment on them, without a proper assessment of the truth.
Schwazer is still fighting in tribunals though, to have his good name restored.

Cobb’s story is about the ease with which a single journalist could ruin your legacy through arbitrary fabrications. Even without a concerted effort. Even if you’re one of the most popular athletes of your age.

Schwazer’s story, on the contrary, is about the ease with which a System could crush you if you’re threatening its fake image.

C shows us how little power is sufficient to crush you. S hints at how strong and unstoppable could become the power structure interested in your crushing.

How I got to know about Cobb

As of late I took some interest in the videos of Prager University: a non-profit educational channel on Youtube created by Dennis Prager.

Since the professionally edited, concise and captivating videos from Prager focus on the defense of free market economy, understanding how a society functions from a no-nonsense, conservative point of view, you can’t be surprised liberals are not happy with its success.

Youtube took the extreme measure to censor some of PragerU’s videos without a good cause. It’s subtle: they were deemed too controversial and marked as unsuitable for minors, thus hiding them from a significant portion of the public. A pro-life video for example; or one defending the US police from accusations of racism, are too much for the frail ears of your children; while instead videos expounding the opposite political views on those very same subjects are A-OK…

Speaking of racism, I was captivated by the following PragerU video, discussing the posthumous tainting of Ty Cobb’s reputation.

I don’t follow baseball (it’s not really a thing here in Italy), plus everyone involved in this story has been dead for a long time.
You’d say this would be the least interesting subject for people like me to spend time on. Who cares?

I care. I want to care about seemingly hardly relevant subjects, if there’s an opportunity to set a record straight.
We must fight fake news anywhere and everywhere. Give it no quarter. Send a clear message to anyone wanting to manipulate the public’s perception of events.

We’ll set the record straight, even if doing this would require a thousand years of efforts.

Here’s the video. (I decided to experiment with adding the Italian subtitles; as a first experience, I must say the Youtube subtitles editing procedure works really well.)

To sum it up, Ty Cobb was a very aggressive player and -at times- a cantankerous man.

In one occasion in 1907 a catcher named Charles “Boss” Schmidt was found wrestling on the ground with Cobb; he had already attacked Cobb multiple times before, unprovoked; but in this specific case Schmidt told reporters that he had just intervened to stop Cobb from hitting a black groundskeeper (Bungy Cummings), and somehow people believed him, based solely on his word (Cummings was half-drunk at the moment).

But the legend of Cobb the racist, Cobb the dirty player, originated after his death. Possibly thanks to Schmidt’s story, and counting on the fact that it’s quite easy to believe that a white man born in the 1880s in Georgia would’ve been a racist, a discredited journalist named Al Stump single-handedly changed the public perception of one of the most successful athletes of the 1st half of the century. With no sources to back it up!

For instance, inflating an incident in which Cobb scuffled with a white man, Stump invented that the baseball wonder stabbed a black man to death!

Somehow this slanderous narrative stuck. The son of a family of abolitionists, who also spoke publicly in favor of desegregation, had been depicted as a dirty racist.

The moral of this story? Ruining your reputation is easier than you think, even when there’s little incentive for others to do so.
Being very popular and controversial may mean you’ll become a magnet for defamation and vilification. There’s a subtle pleasure in seeing the gods falling from their throne.

“A little knowledge is a dangerous thing”, someone once said. Just by pretending to know about the history of baseball, you may inadvertently give credit to hearsay, helping a slanderous legend spread.  Notable example: the screenwriters of the movie Field Of Dreams, as evidenced by the PragerU video.

It’s a fundamental law of journalism: the further people are removed from a subject, in terms of time, space, relative personal interest, the easier it is to serve them a distorted and/or superficial version of reality. The public loves being flattered with the notion that they are well informed, while actually knowing very little about a lot of stuff.
Empower your ignorance! Stay tuned! 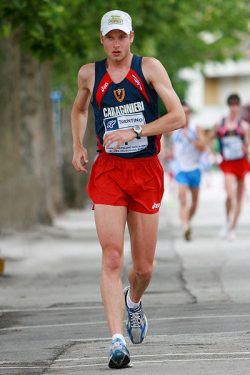 This race walking world champion from South Tyrol, the German speaking region of Italy, was disqualified in 2012 for erythropoietin (EPO) use. He admitted his guilt, which is refreshing these days: usually athletes deny the obvious and keep a straight face while denouncing unbelievable conspiracies or impossible lab mistakes. In the press conference he was in tears. Broken.

After 3.5 years he was given a second chance to compete. This time he wanted to leave a mark by setting an example; he tried to redeem his good name by finding a new innocence through sweat and hard work, hence he chose Sandro Donati as his coach: the most outspoken critic of doping corruption in the world of sports he could find.

Alex was ostracized by the athletic community because he resorted to doping, Sandro -on the contrary- because he fought it.

That’s a quote from a well-documented article from the magazine Tempi: The innocence of Alex Schwazer (in Italian) which is also my main source on the subject.

Alex agreed for extra controls: Iaaf (International Association of Athletics Federations) delegates could obtain a blood sample from him anytime, 24/7. He really went the extra mile to prove he was clean this time. In his zeal he didn’t even want to use normal food supplements or a licit painkiller drug when he had an abscess.

Abandoned by sponsors, he paid for extra blood texts with his own money, while living on a tight budget in a squalid hotel room at the outskirts of Rome, running alone in rundown neighborhoods. Makes you think of Rocky Balboa cutting wood and running in the snow in Syberia. Humble and determined.

At the same time he was also very vocal in interviews attacking the System, denouncing the omertà that creates a wall of silence facilitating the job of unscrupulous doctors and coaches dabbling with illegal substances.

A suspicious sequence of events

The story goes, since the metabolism of testosterone is very quick, in order to get caught he supposedly had to take a small dose during a New Year’s Eve party or shortly afterwards.
It doesn’t make any sense. Not for an athlete that agreed to such a strict regime, including surprise controls.
You don’t risk your career for a non-existent advantage. Not, at least, after you made a point of setting an example and choosing a virtuous path, facing extreme hostility in the process.

The only reasonable explanation seems to be the one you’re thinking right now.

These kind of things are anything but new: in Italian Soccer there was this ill-starred backup goalkeeper whose urine sample was conveniently swapped with the cocaine-laced sample from the superstar striker from his team. A decent deal for the team: losing a pawn and preserving the star. A grave injustice, for sure.

But at least in that case the authorities weren’t involved.
How credible is a Federation that is tainted by such a suspicion?

Schwazer is fighting a legal battle to get a DNA test of the sample. I’m afraid he may lose this round too: a contamination (or substitution) with urine from someone else is but one of all the possible explanations.

You see, after the dust settles, the vast majority of the public doesn’t want to be bothered with complicated explanations and conspiracy theories.
The version that is thrown around in the beginning is the one that sticks.
If an innocent is thrown in the basket of deplorables, he’ll be seen forever as the bad guy, deserving the cheap expressions of contempt that little people enjoy dwelling in.
Sad.