Home Humans Boy sells teddy bear to get something to eat

Boy sells teddy bear to get something to eat 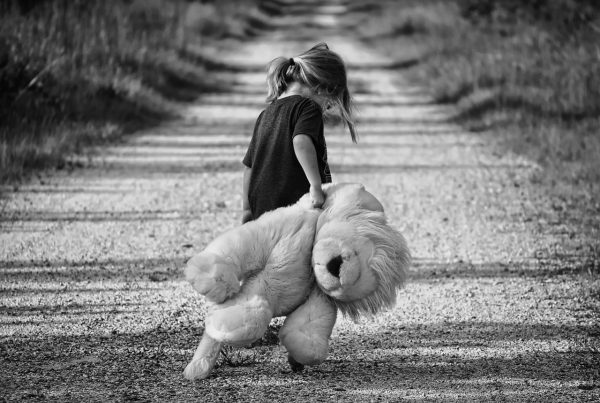 Blumudus insisted that I should comment on this piece of news.

It’s actually from last summer, but I kept postponing it. Then Christmas Time comes and Blumudus goes: “Now you’ve got no excuses, do it.” In fact it’s a fitting story for the holiday season, when the media keep pushing feel-good stories and/or tear-jerker stuff, possibly with a child as the protagonist. He’s right, of course. Let’s do this.

In the small town of Franklin, Ohio, a police patrol found a 7-year-old boy wandering around alone, trying to sell his teddy bear to be able to buy food. He hadn’t eaten in several days.

This episode was reported by Officer Steve Dunham, pictured down here. A teeny-tiny little sad story, with the policeman immediately taking the boy to a Subway to eat (but before starting the meal, saying a little prayer together… oh, I love America!), then to the Police Department, where everyone did their best to welcome the kid as if he were their own child.

In the boy’s home they found a predictable nightmare: garbage, cat urine smell and liquor bottles all around the place.

The boy and his 4 brothers have been placed with relatives. 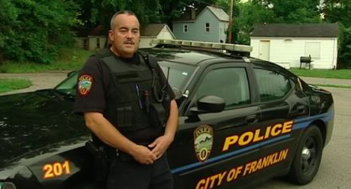 Here’s a source for the present article

After reading this story, I’m ashamed to say, my eyes got a little watery and I grabbed Blumudus, holding it tightly for a moment.

I know. I’m not a child anymore. But I promise you: while I was drafting this article, Blumudus gave me a cool glance; he looked sad yet astonished.

The value of a teddy bear

It’s heartbreaking: he’s a child, thinking like a child yet facing hardship like an adult. He tries to do something to get by. Like a good boy. Like a small man. But he doesn’t know how.

Attempting to sell a stuffed animal, probably already old and worn out, is a decision so tenderly naive that it would elicit a smile, if it weren’t for the dramatic reason: hunger. In the heart of USA, the most advanced country in the world.

What strikes me most, I must admit, is a somewhat silly detail: the idea of giving away a teddy bear with all it represents. Silly because I’m projecting on this story a particular quirky feeling of mine, a tendency to humanize stuffed animals.

Obviously I hope that the teddy bear in question wasn’t his favorite; anyone in his place would sacrifice a toy he’s not very attached to. And it’s not even that far fetched, in a mentally challenged family, to think that maybe he got a lot of plush toys in the past from parents who couldn’t eventually even provide for food. Stranger things happen.

But my mental image of the event contemplates this poor boy crushed by the cold steel face of life, deciding to sell his precious teddy bear companion; like as if I had to give Blumudus away when I was 7.

Something that to me would have been even more heart cringing than losing a family cat (OK, I told you it’s a quirky feeling…)

You see, to a small child a teddy bear (or some other thing like Linus Van Pelt’s blanket) that you keep close to your heart is a sort of extension of your self; a surrogate of the umbelical cord; something that helps you feel still safe and protected inside mom’s womb.

Giving it away means giving up on a piece of your intimate personal space; life brutally invading and breaking down your childhood.

The value of two miserable parents

A quick internet search brought me the photo of the mother. The simple act of staring at the image, facing something tangible, is enough to give you pause. It’s not just “a story”. This is real life. It could be a neighbor of yours. These are flesh and blood humans, not characters in a movie. I can’t put my finger on it: how could they get there?

Even through the pain I imagine their children went through, I can’t feel enraged against these people.

Of course they are in trouble and they will be prosecuted. Maybe no judge could punish them adequately, at least not in today’s judiciary system.

But paradoxically it’s precisely through the suffering of this unknown child that I find reason to love… yes, I said it: to love those wretched brothers, those irresponsible, unstable parents, capable of ruining the childhood of their kids.

To understand this feeling we need to try to imagine the unreasonable, loving gaze of Jesus Christ on these people, always capable of forgiving. Maybe this very thought is facilitated by the outrageous, incredible nature of this episode. Like a sudden shock acting like a reset button for our indignation.

I think at times it may be easier to pity the murderer entering the gas chamber, a visibly frail soul, human waste from the dregs of society, than to forgive your neighbor who carelessly soiled your laundry.

We all need to (re)discover the forgiving gaze. Trying to step in the shoes of some miserable loser: here he is, sober for a change, looking himself in the mirror; bitterly recalling all his failures, promising never to let down his children again, feeling the primal call of his parental instinct… Then guilt kicks in. It grows. It’s overwhelming. After a couple of hours he starts drinking again, to escape all that pain.

I’d really want to hug those poor, miserable parents. It wouldn’t change a thing, but I’d like to.

Our society encourages being passive: irresponsible people who culpably endanger others, and even criminals, are often excused or get away with minor penalties. Let them fail at life and cause misery to spread around them! That seems to be the thinking. Inevitable consequence: people get angry and spew hatred against them.

We’d need to get back to an earnest Christian perspective: sensibly punishing wrongdoers, loving them!

The exact opposite of what we do today, in such an artificial feel-good environment.

Notice in addition how a “warm” society, typical of the Catholic world, creates lots of opportunities to expand the concept of brotherhood to people living in the neighborhood: this helps prevent these levels of degradation, through not being left alone with your problems. We shouldn’t build a society where everyone around you is a stranger.

I know a lot of people that get rightfully indignant about criminal acts (and evil actions in general) going unpunished. But getting angry hardly solves problems. That’s why I invite you to try and tackle issues starting from the opposite angle.

New Year’s resolution: loving someone who deserves to be punished. Christian love is unique. That’s a way of experiencing it.

Here’s the video of Animal Instinct by the Cranberries; try to watch it through this new lens.