The Trump Train vs. the station moving backwards 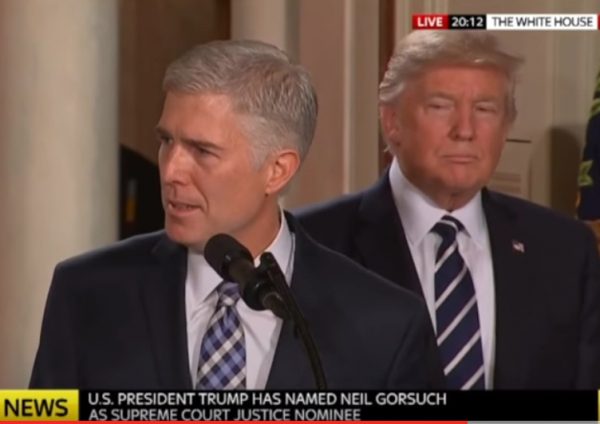 There are 2 main “current events” subjects I want to cover in this blog: the US Presidency and the Vatican. Turns out I’m hardly writing about the Pope, and (based on the number of articles) people may think I’m fixating on Trump. The thing is, not only Trump represents a positive development, while the Catholic Church is depressingly close to its nadir point.

The two realities move very differently. While “progressive” bishops are hard at work to destroy their Church from the interior, reflexively reacting in a predictable and passive manner, always manipulated or outmaneuvered by smarter players and pushing for ideas that were fashionable 50 years ago, the Trump Administration hit the road running, surprising adversaries. And the new President knows how to boldly challenge the System in order to mount a counteroffensive through creative disruption.

You couldn’t paint a starker contrast: Pope Francis could be seen as a textbook case of how not to lead; Trump is your best opportunity to learn about effective leadership. Despite the fact that the media are trying to convince the public of the opposite.

Everybody agrees that Trump took a lot of decisions in his first week in office. Executive orders, declarations on a number of contentious subjects, nominations, meetings with international leaders, hiring, firing… His enemies are pushing chaos as a buzzword to describe this Presidency, sympathizers talk about disruption.

Here’s how CTH puts it:

Trump-time moves so fast, they don’t have time to roll out the traditional coordinated talking points. President Trump is one person, yet he has them surrounded.

The media act as a herd: coordinated attacks maximize the strength of the group; but this momentum-based action requires time to be deployed. Moving faster is a very effective tactic to neutralize them.

In a recent article I outlined a parallel between Donald Trump and Barack Obama; here’s another similarity.
In the Age of Information, of excessive abundance of data, you don’t limit your exposure; on the contrary, you flood your adversaries with stuff they should react to.

Obama was able to jump from scandal to scandal because there were so many lies and deceptions to discuss that you couldn’t effectively counter them. It was easy to declare a certain issue “old news” and move on. Trump instead is launching a plethora of initiatives; adversaries that feel (or pose) outraged by a specific decision have a hard time playing the old trick of beating the drum for weeks, focusing on a single issue, to create a lasting impression on the public.

But don’t fret: they’ll eventually learn to counterattack; the price to pay will be an even bigger disconnect between the media and the President’s communications and events. They’ll learn to talk about each other from a distance.

In a short article well worth your time, Scott Adams further brings home the point of Trump’s exceptional, productive approach:

If you see a pundit crying “chaos” about Trump’s early moves, you’re probably seeing someone with no entrepreneurial management experience. In the startup world, speed has replaced intelligence whenever you can rapidly test

The point is that effective, disruptive companies take risks, test ideas and rapidly move on, keeping only what works; this creates huge opportunities for success. Large companies act more like bureaucracies: that’s why they become slow and lose traction.
Trump is bringing the mental habits of an entrepreneur to politics.

You can’t outsmart enemies or pretend to tame a complex world through careful, preemptive planning. You should be wise and flexible instead. Project confidence on your provisional plans, be prepared to fight but also to change direction.
And yet, most people involved in politics are convinced that a successful politician is someone who comes up with a convincing all-encompassing Master Plan during the elections, and sticks to executing it for the following 4 years…

It’s a totally different mindset. People holding Trump accountable for things he said during the campaign, expecting him to necessarily follow through, are simply out of sync. Trump (sort of) defended the usefulness of Planned Parenthood as a provider of not just abortion; he also insisted on building a wall on the US-Mexico border. Now, as President, he’s still pushing for the wall, but he quickly defunded Planned Parenthood. This is predictable. It makes sense. His electorate gets him. It’s the media types that fail to grasp the concept.

Being good in an executive position requires a completely different skillset from the one you acquire through years of legislative career, discussing a small paragraph for days on end without ever changing your mind on the subject.
Ideally in politics everybody is expected to be 100% predictable (accountability), acting in slow motion (procedures), also bound by a number of prior obligations, ideological mantras and economic interests… well, this is how everybody will outmaneuver everybody else: the result will be predictable and stupid, the kind of compromise you could obtain substituting elected representatives with pawns.
No wonder any determined party, first and foremost ruthless foreign regimes, will run circles around your average politician.

That’s why you need someone different. That’s the opportunity voters instinctively saw in Trump.

The signature theme for Trump’s campaign has been immigration: the border wall with Mexico and the restrictions on potentially dangerous immigrants from Muslim countries.

I have a piece of advice for you, whoever you are (FB poster, media pundit, activist, you name it): don’t get in love with your talking points, pro or against, regarding illegal immigration, travel restrictions, visas vetting procedures etc. Technicalities, conditions and legal terms are bound to change. Repeatedly.
It’s called executive for a reason! Again, as I said: in order to be effective you need to be able to react quickly, adjust, send signals, project determination.

What really matters is the governing principle.
This is a battle between 1. a self-defeating moral blackmail culture that defines righteousness as granting imaginary human rights to anyone expressing a need, regardless of feasibility or consequences, and 2. the will to use common sense to try and safeguard the future of a country (which includes controlling borders and deciding who gets to enter).

Sadly, as we can witness day by day through the pages of important Catholic newspapers like the Italian Avvenire, many prominent religious figures bought into this “We must surrender our civilization in order to be good people” mentality, thus emphatically supporting uncontrolled migrations and attacking Trump with a level of vitriol that reminds me of Communist newspapers from the eighties.

I must say I’m still perplexed about the chances of Trump reversing the course of events, stopping the impending economic crisis from happening and building a more prosperous America (hard problem). But I found it hilarious that so many people, especially Republican pearl clutchers and journalists, were doubting the President’s ability to nominate a worthy candidate for the Supreme Court (easy problem, see here for the distinction).

Trump is a good judge of character. His team had all the time to research possible candidates.
And now they delivered an obviously good pick.

Neil Gorsuch is highly qualified and respected. He’s an originalist, i.e. he views the US Constitution as a document to be interpreted trying to respect its original content. This makes him a fitting replacement of the late Antonin Scalia, the only justice I ever fervently admired, also an originalist. Shouldn’t all justices be like that? Most justices instead put themselves above the law, surreptitiously inserting their personal opinions in the most fundamental law. They just need to employ a bit of language sophistry to pretend the provisions they favor were implicitly already there.

To better illustrate this point, consider the (in)famous Roe v. Wade legal case that made abortion legal in America, thanks to a 1973 Supreme Court ruling. Those 9 justices-for-life arbitrarily determined that in their view (of legal precedent…) a fetus was not a person, and derived the right to kill a son or a daughter from the right to privacy…

The judicial power should verify and apply, not create and inspire.

Let’s hear it from the mouth of Gorsuch himself:

[…] In our legal order it is for Congress and not the Courts to write new laws.
It is the role of judges to apply, not alter the work of the People’s Representatives.
A judge who likes every outcome he reaches is very likely a bad judge.

Not only this nomination looks wise; here CTH brilliantly explains how smart choices made by the Trump team are practically forcing the hand of the Senate Democrats into confirming Gorsuch regardless of the protests coming from their base.

In the next 4 years another 2 Supreme Court positions will likely become vacant: a liberal (Ginsburg) and a Reagan-appointed justice that often voted with the liberals (Kennedy). This means the entire US Supreme Court, which was split 4D-5R before Scalia’s death, but in crucial moments saw Kennedy side with the Democrats, will become 3D-6R!
Trump wants to be appreciated and recognized as a conservative: rest assured his choices will reflect this approach.
Gorsuch is young, he could easily stay in power for 30 years. The next three decades of US policy will be deeply influenced by conservatives nominated by Trump to the SCOTUS. Imagine that!

Which is ironic, because the amount of power bestowed on those 9 men ad women seems really excessive seen from abroad, and the leftists pushed hard to occupy every possible position of power, controlling media and culture, colonizing public services and bureaucracy, putting ideologues even on the Supreme Court. And now they are victim of the very system they counted on exploiting.
They could have kept quiet, waiting for young people to become a little more indoctrinated through the education system; waiting for staunch conservatives to die of old age, to be replaced by fresh immigrants eager to cast a vote in exchange of promises of benefits.
They almost made it, but they exceeded some limits of decency, caused a reaction, Trump was elected as a backlash… and America will never follow their desired pathsure, the US will still change in many ways, including a more diverse ethnic mix and lots more immigrants. But it will be done in a more sustainable way. Hopefully..

The Trump train is on the move, but if you look out the window, it may seem it’s the station that is drifting backwards. The solid, unmovable station of leftist utopia. The past.