Home World & Media Reshuffling. Or: About The Capricious Voter

Reshuffling. Or: About The Capricious Voter 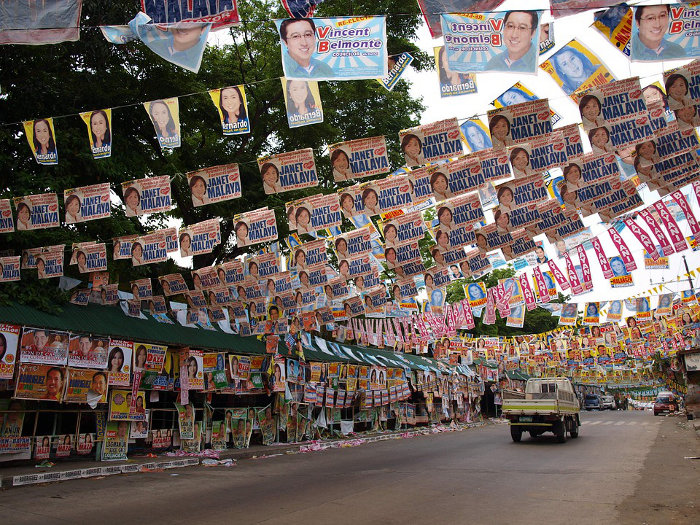 Vote for ME! Photo: Ed Davad

Pretending to change the rules of the game while being predictable and misinformed.

Recent General Elections in the UK and France, plus local mayoral races in Italy, represent good examples of a puzzling trend: voters ostensibly voting to upset the forces in power, or at least those forces that seem stronger at the moment, as if the unwashed masses wanted to evade control (while actually failing at it).
As if moderation and wisdom were embodied by an erratic behavior that isn’t fully committed to any cause or political project, instead rushing to support the latest movement or political figure promising “change”, then at the next opportunity punishing that very same party with a resounding defeat via the ballot box.
People tend to backtrack from their prior choices for a couple of contrasting reasons: in part because the politician they crowned failed to deliver the promised change; in part due to their getting cold feet when facing the risk of too much change.

A brilliant preemptive move. Since fear is a powerful driver, this instinct can be cleverly played by the mainstream media, to effectively prevent a challenge to the progressive-globalist agenda by demonizing those political forces that successfully struck a blow to the system in other countries.
Insisting that people should steer clear of populists and xenophobes if they care about their personal reputation as good standing citizens. Plus, you know, floods/earthquakes/locusts if they don’t defend normalcy. That’s the smoke-and-mirrors paradox of a public opinion that is constantly reacting yet basically standing in place.
In such environment you can’t be surprised if the political class covers a limited gamut of shades of gray, while also more or less openly supporting the silent revolution that is morally bankrupting our future generations.

As I already pointed out in recent articles, after the Brexit Referendum surprise and Trump’s victory, the electorate in the Netherlands, Austria and France chose to counterbalance those results by crowning establishment candidates. As if making renown reporters and pundits gasp in horror was enough of a catastrophe to warrant a normalizing reaction. Going from point A “Support the establishment” to point B “They said on TV that across the ocean Trump is causing all sorts of troubles” to point A again “Ok, let’s correct this aberration, this time we’ll get things back on track by supporting the establishment”.

After the Dutch election I pointed out that everybody craves for an effortless solution, preserving their beautiful society while avoiding conflicts and sense of guilt.

That’s how an indecisive populace can consistently deliver results that are meant to be disappointing for all the political parties in turn, but manage only to be outplayed by smart strategists and influencers, while losing the opportunity to find a real path out of the death spiral that is afflicting the European civilization, if not the entire developed world.

Austria, Netherlands: “Oh My! The xenophobes can’t win! Let’s elect someone respectable.” In the case of Austria, choosing a Green as a President represented the added bonus of shifting the focus of the election from uncomfortable societal problems to feel-good inane environmentalist causes.

UK, Phase One: “Let’s punish the Labour Party for a change. And the Tories. Go UKIP! Hah! Brexit! Wait. Maybe this was too much.”
Phase Two. Since UKIP is in the past already, a new victory was in the cards for the Tories and Theresa May. Hence it had to be mitigated, to the point of risking a hung parliament. May may (pardon the pun) now build a majority coalition with the unlikely help of the the small party representing Ulster Protestants.
But there’s more. All in all, Labour obtained an unexpectedly good result, depicted by many in the media as a sort of moral victory.
And they did it while led by the Jeremy Corbyn, an old, ineffectual communist who recently publicly praised the vision of Karl Marx, apparently still waiting to be applied to Great Britain.
Reminds you of someone?
Exactly. Just like Bernie Sanders. A great success for a twisted elderly ideologue who could do nothing but spread misery and social unrest if elected, but is luckily still unable to raise to power, hence he’s admired and praised (as the one guy that really deserved to win) by scores of young millennials, clueless yet proud students who’ve been indoctrinated into thinking that social justice is a thing (also, desirable and achievable). The maddening principle at work: you just need to reshuffle the card deck; ideas that were stale and unpalatable just a few years ago can be re-purposed and presented to a younger generation as a new, exciting alternative. No painful lessons from history for us.

Meanwhile London has a Muslim major, as you already know. To signal openness, no doubt.

Italy. After 2011, when Silvio Berlusconi was de facto removed from power by the higher ups in the European political élite, my country has been left in a sort of state of hibernation, with no direction, no real guidance, no way out of the economic crisis that lasted for the entire decade, with no end in sight and the prospect of getting caught in the next global recession without even experiencing a growth phase in-between.
The right wing is still in disarray; the leftist Partito Democratico has obtained a resounding victory in 2014 local elections for no good reason; our Democrats in fact through numerous corruption scandals have lost their only redeeming factor, a claim to virtue that was mostly due to the Communist Party being left out of government for decades, hence unable to feed itself at the government trough, but very strong in the judicial power, hence usually protected from embarrassing convictions or even investigations.
The Movimento 5 Stelle (5 Stars Movement) then had a moment of glory: a unique phenomenon, a populist movement coming out of nowhere and guided by a comedian, essentially capturing the votes coming from disgruntled citizens, mostly on the right. In terms of actual policies, though, the M5S revealed its real nature as a far left wing outlet. Which is ironic: both the post-communist establishment and their populist arch-rivals are 100% aligned with a George Soros agenda…
Add to this the fact that it’s now apparent that this movement is filled to the brink with incompetent loons, and you may understand how their star is already declining.

In last Sunday’s elections the cards have been reshuffled again: M5S and PD were generally beaten by right wing coalitions. Rinse and repeat. Nothing changes anyway, the average Joe exclaims with a shrug.

France. This is possibly the most infuriating example, just as Italy was the most depressing. Marine Le Pen (definitely not my ideal politician) got closer than ever to a possible, historic victory, but the media successfully convinced millions of French voters that they had to avert the risk of a “fascist regime”, so that, in order to be on the safe side, they had to support the same old decline spiral, notwithstanding President Hollande’s disastrous track record.
But they also needed to feel that they punished their disappointing political class. Not just Hollande’s Socialists, but the right wing Gaullists too. Presto! Emmanuel Macron came to the rescue, with a brand new zero-depth “movement” representing again the top-down elitist worldview.

Don Fabrizio (The Prince): Everything needs to change, so everything can stay the same.

The Presidential Election and the General Election were so close to each other that Macron was able to score two important victories in a row, without giving time to the clueless masses to change direction again…
Enough has already been written about the empty suit Macron, one fresh establishment representative almost unknown before his successful campaign. Let’s remember that he openly employs masonic gestures and symbols, just to rub it in…

What to make of all this.

There’s one good way to visualize the situation we are facing right now. Think of the electorate choices as the market valuation of a publicly traded stock: up or down may represent, in this analogy, the average voter choosing where to position himself between two sides, left or right. 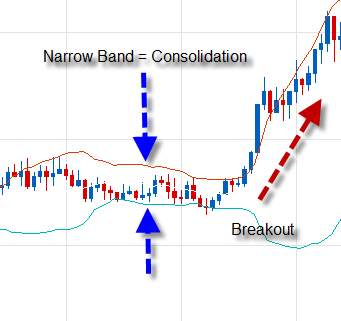 Right now we are experiencing a narrow band of trading: instability and uncertainty dominate, consequently you can observe seemingly random swerves back and forth, without any really substantial change. Sort of a quiet before the storm.

Markets and elections are dominated by human emotions. Eventually the substantial stability evaporates, and the continuous readjustments give way to a breakout move, a sudden shift of power in one specific direction.

Wait for the release. It won’t be pretty.