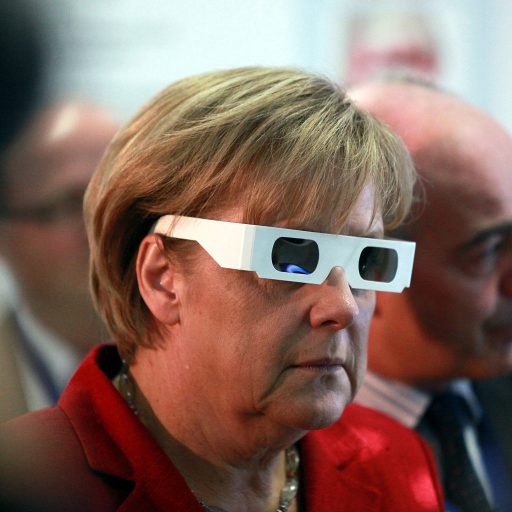 The obligatory comments on the 2017 German general election are pouring in, with pundits serving up large scoops of alarmed rhetoric over the unprecedented return of “the Nazis” to the Bundestag (German Parliament), for the first time since WWII.

The reality is way more mundane and unimpressive.
The new “populist” party AfD (Alternative für Deutschland = Alternative for Germany) this time was able to seize an impressive 13% of the vote, while in 2013 they fell short of the 5% barrier to entry in the parliament.

But they’re far from being Nazi sympathizers. You may ask yourself, instead, since their political platform would have been deemed pretty reasonable for a right wing party only a few years ago, why the media is forcing this malodorous and deceptive framing on us, pretending that anyone who tries to oppose the Official Media-Sanctioned European Progressive Policy must be evil incarnate.

The sky didn’t fall down on our heads. If anything, AfD entering the German parliament may represent a step in the right direction, bringing more democracy and representativity in the stale comformist atmosphere of today’s top-down politics.

Moreover, despite the success for AfD, the Social Democrats taking a beating and the slump of Angela Merkel’s “Christian Democratic” (insert lots of inverted commas here) ruling party, we’re still in predictable territory, as I highlighted in my article discussing the lack of resolve of electorates in general, especially here in Europe.
Nothing really changes for now.

Frau Merkel despite the partial defeat will still be able to lead the executive.
Before this election the “Left” and the “Right” main parties were allies in the inevitable government coalition. From now on the “Right” will rule with the help of assorted small parties, while the Social Democrats will gain credibility by representing the Official Opposition, relegating the somewhat sane representatives from AfD to the role of the embarrassing weird cousin that gets a seat at the corner of the table in family gatherings.

I’ve been told that German politics has always been boring, and this is by design, for fear of the system falling in the hands of another Hitler.
Therefore I guess in relative terms we’re indeed witnessing a tectonic shift.

Still, when you consider the current state of affairs, with the Muslim gang rapes downplayed by media, police and government; the terrorist attacks; the nation importing millions of foreigners that for the most part don’t want to integrate, could never approach the German productivity standards even if employed, but in many case count on living on the dole (picture Mutti obsessively mashing a self-destruct button), the vast majority of the electorate basically saying “let’s see if we may decide to react a bit more in 4 years” is as close to Stockholm Syndrome as you can get.

No matter how you put it, AfD represents common sense.

♦ No matter how ugly your past is, that’s not a good excuse to treat your national identity as intrinsically shameful, your ethnic group in need of being replaced.
People feeling they’re at the receiving end of an invasion can be only characterized as good observers.

♦ When you get the general picture of the European bureaucracy apparatus, the vain rhetoric/political constrains of the Union and the failing Euro project, being Euro-skeptic is a sign of wisdom.
Although the general consensus among Euro-skeptic parties is that Germany is the country that is taking advantage of almost everyone else, thus putting AfD in the uncomfortable position of championing a reform that is based on their fatherland being the villain…
Realistically, this anti-union approach makes sense because eventually a strong, fleetingly victorious Germany will sow the fruits of the deep anti-German hostility that is being fueled by the Euro economy through the continent. That’s why we should fight a European project that with the pretext of uniting entire countries in a cohesive, centralized and colorless entity (thus supposedly preventing further nationalist wars like WWI and WWII), has been successful in reviving, as a reaction, nationalist ambitions and xenophobic hatred.
Ask a Greek if they really feel like being characterized as leeches living at the expense of the Germans.

♦ AfD is also supporting some direct democracy reforms about which I may have something to object, but they’re still par for the course.

♦ Are they really climate change deniers? Or maybe they’re just protecting their economy from a man-made Green Disaster, caused by skyrocketing energy prices due to the generous subsidies given to renewable sources like solar and wind. 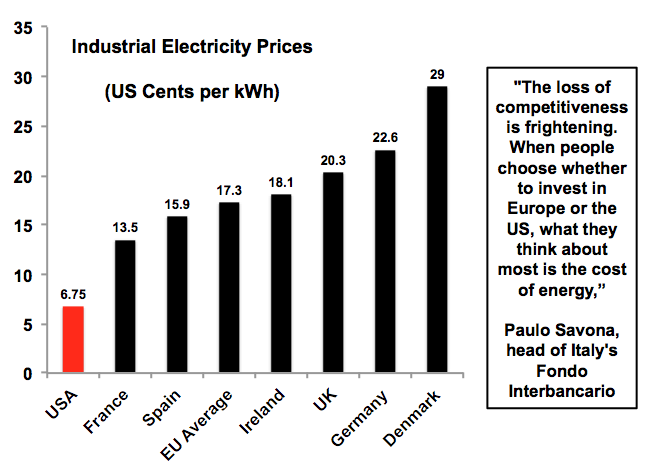 The most expensive markets are hindered by taxes and green energy subsidies. (Paulo Savona would be Paolo Savona.) Source: Forbes 2015

People tend to vote with their wallet. Which to me sounds quite crazy, but this price hike due to green subsidies should have represented a significant factor in AfD’s success.

♦ Finally, Alternative for Germany put family values in their manifesto.
How crazy is that?!

But…
Consider that AfD wants to oppose gay marriage and adoption for same-sex couples, yet they are in favor of civil unions.

Which is the typical fallacy “moderates” fall for: “We don’t oppose same-sex marriage. We’re just against naming it in a certain fashion!”

Which tells us they think like politicians, i.e. they’re unable to challenge a specious prevailing narrative to the bitter end.

This detail is revealing: today’s populists spend most of their time trying to sound reasonable and acceptable to the left-leaning media élites (that will pooh-pooh them anyway). To the point of being unable to think outside of the box.
That’s why they’re far from extremists in real terms.

I don’t doubt there may be some backlash effect, some people in Germany who desire to react to decades of deserved national shame for the evils of Nazism. I guess there’s a not entirely insignificant minority of Germans that may have sympathies for (their self-deceptively rosy version of) Nazism and may also vote for AfD. Some politicians may even throw them a bone from time to time, through a risqué rhetorical image here and there. This sounds dangerous.
But, as I already pointed out, if you insist on criminalizing the reasonable and civil opposition to your Progressive revolution, expect exasperated people to become closer and closer to extremists: they’ll become just as you depicted them, eventually choosing the unspeakable path.

Germany is at a crossroad. Right now it seems the long term alternatives to Alternative for Germany (barring any unexpected epiphany and transformation on the part of a major party, stealing their agenda) are only 2:
-Some more madness through a barrage of environmentalist fads, social justice campaigns and the dehumanizing continuation of the sexual revolution, eventually culminating in a reversal  move to become the Federal Islamic Republic of Germany.
-A sort of Nazi revival, with violence in the street and anti-immigrant raids.

Your pick.
It’s long term, hence I expect some more kicking the can down the road.

I just caught wind of the fact that the rising star of AfD, the top elected candidate alongside the president Alexander Gauland, is one Alice Weidel, who’s interestingly a conservative economist who worked at Goldman Sachs. But more importantly, she’s a lesbian, she’s in a civil union and they adopted two children.
This fact represents an even more convincing proof of how this party is subject to strong pressure in multiple directions, therefore it’s expected to succumb to the push for normalization, even contradicting their initially stated goals (notwithstanding the still present risk of giving a tribune to unsavory representatives with a penchant for authoritarianism).
These days becoming “more normal” means to accept the idea of giving orphans to gay couples. Which means you’re already halfway through in a process of cultural dissolution.
We’ve seen this phenomenon time and again across Europe, notably in France and the Netherlands: when forced to choose, through a false dichotomy, between barbarism and decadence, most “conservatives” embrace decadence. Not just as the lesser evil, but as their authentic culture, through a recent evolution.