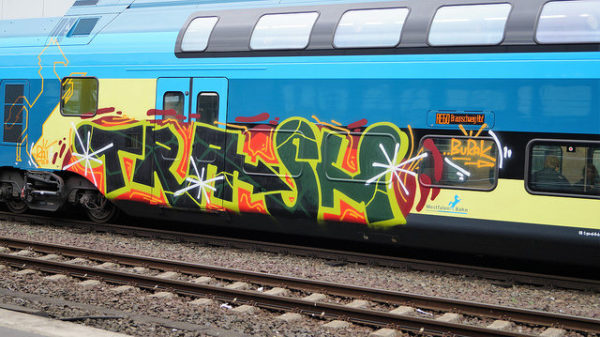 A seemingly insignificant, albeit disturbing, local news episode.
On a regional train near Milan.
Five youngsters brazenly lying down on their seats, despite the train being packed with commuters, lots of people standing.
A passenger rebukes them, they immediately proceed to beat him savagely.
He’ll spend a month or so in the hospital due to multiple facial fractures.
He’s been saved by an off-duty policeman who happened to be on the same car. Three of the offenders have been arrested. They’re Italian.
First of all. They’ve been presented by the media as “ragazzi”, i.e. a word that indicates young teenagers or boys, but they’re between 18 and 25 years old.
Spoiled brats, yet adults. Compare and contrast with men roughly their age giving their lives on the shores of Omaha Beach in 1945, in Normandy.
I could dwell on this aspect, but let’s move on.
This isn’t the crux of the matter.

A more poignant question, given the abnormal and indefensible nature of their behavior (which raises a certain type of suspicion): the three thugs that were arrested are Italians or, well… “Italians”?

I tried to find data about their identity, since some voices on social media reported that the attackers “were using Arabic while talking to each other”.
Fake news maybe? Or instead a witness account that managed to percolate through the Intertubes, mainstream media reticence notwithstanding?
It’s not always easy to find a definitive answer, but we were lucky this time: corroborating evidence came directly from one of the most pro-immigrant (and prominent) newspapers in Italy.
The leftist La Repubblica reveals us that, while the policeman was trying to rescue the victim,

one of the youngsters kept hitting him while hurling insults in Italian and in Arabic.

You don’t say.
Another interesting factoid: one of the two in the group that weren’t arrested (because they didn’t participate in the uni-directional slugfest, they just cheered) is a Romanian.
As I was saying, this is just a minor event, worthy of local news. And yet it’s quite instructive in what it reveals.

Notice how this madness is reshaping our society.

People don’t believe what they’re told anymore. Especially if coming from those sources that are touted as the most reputable and rigorous.

They believe those who tell them a story they enjoy reading about.
If I fear/can’t stand migrants, as a consequence of this climate I’ll like and re-post any piece of news against them that I’ll be able put my hands on.

There’s apparently no room left for cool heads and balanced analyses: everybody knows those on the other side of the fence will resort to any dirty tricks. No compromise, no prisoners.

Good job, Eurocrats and intellectuals. Importing hundreds of  thousands of aliens who were in no position to be integrated in our society wasn’t enough. You’re doing your best, albeit often involuntarily, to make xenophobia a distinctive trait of Europeans. ‘Cause you’re the good guys, lecturing us about civil cohabitation and diversity…
Once again: this represents a good example of the phenomenon called heterogony of ends.

They’re setting Europe on fire and they’re dressed up as the Fire Brigade.