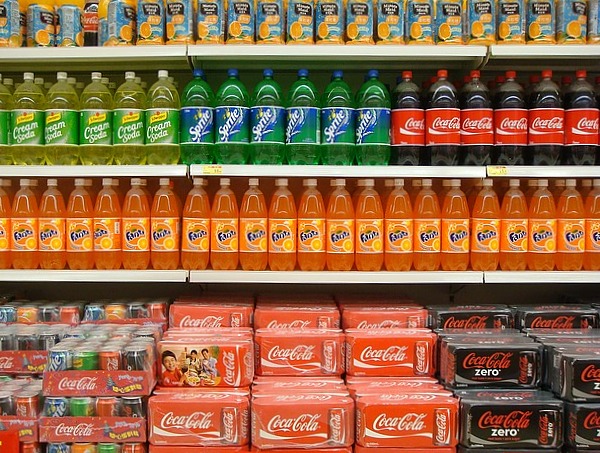 But then, not all journalists are created equal. Some employ subtlety, others are more pedestrian and careless. Quality is visibly declining.

Many Italian newspapers came out with this gem of professional reporting, with pieces similar to the one linked below.

Coca Cola is worse than cigarettes, it destroys DNA and causes a 4.5 years ageing (in Italian).

Enjoy the fantastic claim from the incipit: “Coca Cola seems to be quite noxious for your health. Just like cigarettes.” (Already a little subdued, compared with the incredible title…)

According to said article, the claim comes from “the latest scientific studies”(!) published by the American Journal of Public Health… too bad the Libero journalist didn’t bother check the cited source: otherwise he’d know there’s only one study, and it’s not about Coke.
Not to mention that nowhere it implies that Coca Cola is just as unhealthy as tobacco!
Here’s the scientific paper:
http://ajph.aphapublications.org/…/10.2105/AJPH.2014.302151…

Where the researchers claim to have observed an increase in ageing associated with elevated consumption of traditional sodas: carbonated sugary beverages!
Which means any sort of sweetened sodas, but crucially not the light/sugarless versions of those beverages. And definitely not a specific product.

The thing is, pointing the finger at a universally recognizable brand generates more buzz: it’s a quite effective clickbait. This is disinformation, unworthy of any publication. Of course such nonsense is nowhere to be found, in this case, in English language newspapers and webpages: the obvious reason is the fear of being sued and forced to pay huge damages (in Italy there’s a more relaxed/resigned approach to legal litigation: these kind of attacks are expected not to generate legal threats, because long trials could further diffuse the spurious claim and further damage the image of the plaintiff).

But remember, this is the level of professionalism you can expect from journalists nowadays, and such dirty tricks are casually applied to any other topic or field of interest, with obvious consequences when they feel secure there’s little risk in bending the truth or there are juicy ideological implications.

Besides, let’s have a look at the original paper. It should raise a few eyebrows on its own merit…
This paper seems to highlight a typical formally obtuse approach, concentrating on a detail and losing sight of the whole. As it is often the case, the scientific method is intended as empirically measuring whatever is doable and/or promising in terms of generating interest, without questioning the crude oversimplification implicit in the framing.

Based on the abstract (I can’t read the article behind the paywall), they just observed (assuming the raw data wasn’t biased) that habitual consumers of sugary sodas are bound to experience accelerated ageing (due to the measured shortening of telomeres). The same wouldn’t be true, according to the study, for people drinking sodas containing only artificial sweeteners instead of sugars.
Which would just mean, unless proven otherwise, that too much sugar is bad for your health!
QUICK, THROW THEM A MEDICINE NOBEL PRIZE!
:-O

There’s also a further, puzzling result, one that doesn’t seem to be addressed here: in their study, a significant consumption of non-carbonated sugary beverages doesn’t seem to cause adverse effects. That alone should alert your spidey senses. Mmmmhhh…
Many explanations are possible; maybe the adjustments they applied to account for different population groups based on income, existing medical conditions, lifestyle, age and so on, weren’t entirely correct. Maybe some biased assumption or genuine mistake could have skewed the data. It happens every day.
I think it just means heavy soda drinkers typically enjoy a very unhealthy lifestyle. People who exclusively drink fruit juices instead, despite the elevated content of sugars in fruit, express a different approach to life, so they are less likely to become couch potatoes. It’s a cultural thing.

So much for a sensational piece of “news”.
Here’s how often scientific research is conducted: fishing for a result that would be unexpected or in any case newsworthy. Trying to find a connection between some health damage and a controversial possible cause, something eliciting an emotional response, perfectly fits the bill.

If you were to follow a dull but straightforward interpretation of what is implied (but not asserted) by this scientific paper, you’d think CO2 and sugars in sodas were innocuous alone, harmful if put together.
Please spare me.

Your dose. Photo by Steven Depolo

DISCLAIMER: I’m definitely not a Coca Cola fan and I don’t want to encourage the consumption of excess carbohydrates, sugar or sugary sodas.