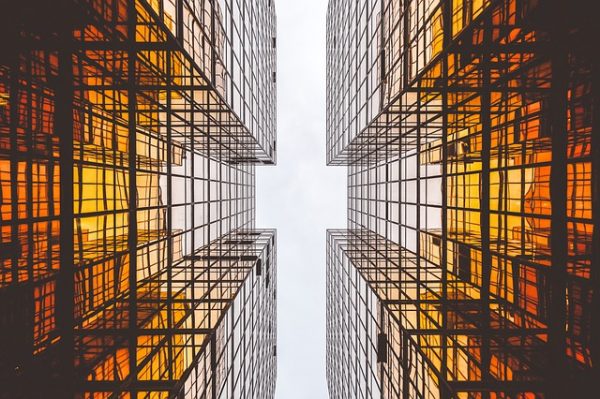 You’re lost in a desert made of metal and concrete. You see a cross. Is it just your eyes playing tricks?

Searching my folder, trying to make sense of all this mess. Photos of Nicole: remnants of another blue Christmas.
Oh, who cares about Nicole. You want to go, then go! No one was holding you back.
I’m trashing the photos.

Where am I headed?
Two years. It’s been two years. Reminiscing about my old self. Look at me, staring at the yellow wall, the flash message blaring “Connection refused”.

In a week I’ll be back in Italy, in ***, my hometown. To participate in the funeral ceremony for my father.

Crazy old man. You really hurt me, but I can’t feel angry at you. Besides, you ain’t even dead yet.

There you go. He went away in style, just as he liked: a stubborn anticlerical crank, hurling his corpse against a culture that was already relegated in the dustbin of history anyway. So long, Achab.
He chose December 25 to commit suicide, or rather, to leave us in a dignified fashion.

Oh dad, you were one the last few who could still care about this kind of symbolic gestures. No one pays attention to priests anymore. Those few that still exist, that is.

Surely, as someone once said, Xmas is “the most indispensable of the optional holidays”: most people take a leave. Presents and nice meals are always welcome.
But today’s humanity has no use for this Jesus Christ, with all the inevitable associated paraphernalia: donkey, ox, manger, shepherds, sheep, bread, wine, magic…yawn.

So. You wanted to go away during the celebration of a birth.
I know that deep down you desired a grandson, even if you never mentioned it.

Poison, orally. You spent your last few moments with an old book made of real paper, leather-bound and dusty. Written by a Japanese poet nobody reads anymore.
You wanted to be alone. Those tiny spotless rooms with their glowing white walls… So empty, they give me the chills.

Here we are. Funeral at the Krematorium. On the very day of your death, a quick and dirty job: I couldn’t get here in time to say goodbye. At 9 I was still at the airport; this was all part of your plan. Your last nasty trick, just as in the good old days.

The greetings from the Master of ceremonies, the reading of a congratulatory letter from the Mayor (I really don’t get this custom: when you’re euthanized, what’s the point of receiving a standard posthumous letter from the municipality?).
A stale and impersonal speech follows. Of course, you didn’t invite any colleagues from the University, there were no friends nor acquaintances. Among the few people present I’m the only one who ever saw you alive. And I don’t feel like saying a word.
Too many years. I’m not faking it now.

I wonder if mum is still alive.

Well, at least you spared us from the gong plus poetry, I’ve heard it’s all the rage these days. The Brahms piece was a sensible choice, yet somehow it’s making me feel uncomfortable, a bit like when you’re waiting for the elevator doors to open.

Here I am, wandering the streets of this town, enwrapped in the sweetish, pungent fog of my dull thoughts.

Walking aimlessly for a while, I eventually notice I’ve reached the small square called Piazzetta ***: this is the same spot where 20 years ago my father taught me to wryly commiserate believers.
All the shops have their shutters down; in place of the old newspaper kiosk there’s a panini stand, but it looks like it’s been closed down a long time ago: you can still read some signs, mostly in Arabic writing, but their colors are washed-out now.
I’ve immediately recognized the piazzetta though: looking on both sides I’ve just seen the two churches.

I feel like I’ve been projected onto a stage. What’s the play again? The strange, familiar scenery distracts me for a while.

The modest old church just stands there, immutable and immovable.
On the other side the Brobdingnagian new church is still a puzzling construction site. The imposing concrete cube is studded with 6 squarish, short and crooked towers (at least I can count 6 of them), like a porcupine drawn by a toddler; in the center a bulky, angular tower partially covered in scaffolding seems to hint at reaching impossible heights.

The night has fallen. I get to know the vicissitudes of those wretched buildings through Google’s contextual guide while at the same time looking for an Ivorian bistro to grab a bite.

Not much to be said about the church dedicated to Saint Romuald. A gathering place for a group of staunch traditionalists, was embroiled in a legal dispute for a good 6 years and reopened recently.

A juicier story lies behind the concrete mega-church, called “Peace and Brotherhood, Paul VI and Martin Luther King Jr.”
The construction was stopped a number of times for various irregularities and security risks; the new project had a tripled budget. A political battle was fought over state funding.  Now it’s partially open, it houses “Liturgical Sharing Moments” and “Poverty Communions”, whatever that means.
Recently at the epicenter of a controversy on all major news sources: a National Ecumenical Celebration was hosted in the building, but they denied a group of satanists the right to participate. Well, it seems even the New Catholics have standards.

I glance one more time at the buildings while walking away.
The augmented guide illustrates tomorrow’s schedules: if I point my sight in one direction it’s an ancient rite Latin Mass, if I turn the other way there’s a “Moment” in Spanish awaiting…
Of course! They’re trying to stay relevant by catering to the needy and gullible fresh immigrants from South America and the Philippines…

Here’s my bistro. I don’t even have an idea of the distance covered. I feel like I was sleepwalking.
A guy with dreadlocks greets me. It seems everybody here is Rasta. Ivorian? The place looks more like Jamaican. A nice joint, smelling of joints, with low lights and dark wood tables.
Hey, they’ve got quite the rum menu!

I take the classic foufou with plantains, yam and palm oil (which will turn out to be excessively spiced, Caribbean style, QED).
Accompanied by a beef and peanut soup supposed to pass as maafe, and a fresh Alsatian beer.

My mind is still wandering. Dad, what the hell did you do? Wait, what was the message that you wanted to send with your life?
This unusual question startles me. How did it bubble to the surface of my consciousness?

The waitress comes, placidly. She leaves the dishes on the table with a rapid gesture. But she’s also staring at me, for a long instant, in a quirky way. And off she goes.
What was that gaze about? Inquisitive, disdainful perhaps?
Wait. Were her lips unnaturally large, like she was puckering up?
Oh no, I shouldn’t judge her lips, this is internalized racism. I wisk the thought away.

I’m eating with gusto, still dwelling on those Catholic superstitions. Maybe it’s a coping mechanism: I’m running away from my father’s memories.

But it was him who pointed out how those stone churches represented perfect symbols of the Churches they were part of!

One side couldn’t miss the opportunity to elect a female pope, allegedly also a lesbian (but for some odd reason she never admitted that). Many wanted to call her  Mama and that’s probably the reason of her insistence on addressing her “just Sister Claire”. She resigned abruptly, no explanation given.
The current modernist pope is under investigation alongside the entire Directive Table for assorted money laundering and embezzling offences.

In the other Church you can find old moralist cranks aplenty. They’re playing the part of the victim while dreaming of putting their nose in other people’s lives. They surely must have many skeletons in the closet.
In fact the current Latin pope is in jail, though I couldn’t put my finger on what that story was about… some say he’s innocent…
Well, at least he certainly committed numerous hate crimes…
I must admit those thought police activists have creamed my mangosteens already: you really can’t quietly express a thought without running the risk of losing your privileges. You feel like they want to literally crucify transgressors.

Yes, that’s the thing, I ruminate while contemplating the empty soup bowl. The crucifixion.
Maybe the idea of the cross is the only good thing those religious fools came up with. That guy died for something he believed in. This calls for respect.
A horrible death, yet now it’s become trivial.
But what about the rest?

I’d like to try and join a conversation: a couple of guys hanging out a couple of meters from me, leaning on the counter, drinking and laughing and talking softly. I can’t say if they’re the owners of the place or just a couple of patrons.
Hmm, they don’t seem like willing to engage strangers. Besides, do I really want to talk to people right now?

Aww, that’s the stuff. I’m smoking a cigar+.
A bit of dizziness.

Daddy standing in front of the swing. How old was I, four?
All that gravel on my knees, the pain…
Nostalgia is a tricky animal. Many tears… he did pick me up that time, holding me in his arms.
When you’re little it’s so easy to get to feel better, ’cause you still don’t know.

I felt the impulse to reach for a leather wallet …to pay for the dinner! Man, I’m growing old.
Just a look at the evening summary shown in superimposition. Ok for me. Standard tip.

I’m out. The night air now is chilly.

Well, if I get back to the residence before one o’clock I could still join CrowdPorn… Not a chance! I want to plunge in bed and sleep 13 hours straight. After all the day after tomorrow I have a plane to catch.
That was a good cigar+. I’m too old for this, i cannot hold my smoke.

There’s a hobo right there, spread on the pavement. A pile of rags. Maybe he’s dead. No, the thermography is OK. Erase last recording. Acknowledged.
I didn’t see you. I don’t want no trouble.

A thought crosses my mind: father had no fears because he systematically changed the subject.

Well, what do I know. I am scared. Of nothing. Of my life.

Here I am, at the residence. A large empty corridor, a row of bleak lights. A stretch of navy blue doors, silent, closed. I haven’t seen a soul since the bistro.

In a few minutes I’m in bed. Rats, now I’m not so sleepy anymore.

Assistant: lying down mode, lock exclusive visual field. Play me a movie, something ancient. Subject: today.
OK, let’s go with this James Stewart guy.
1946? Hmm, as soon as it’s not a war movie. What’s the title?