A lonely Japanese drone got lost in Europe 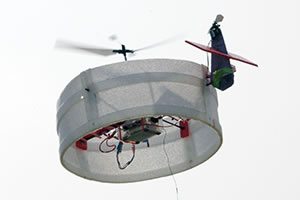 Early prototype of the drone. The 6-rotor versions of NOBI (based on a Prodrone model) hasn’t been yet disclosed to the public. © Osaka Prefecture University Engineering, Aerospace Division

A sort of artificial tourist is wandering the skies

A Osaka University autonomous drone, designed to explore urban environments and take photos of Google Maps landmarks, went missing during a test flight on March 18 while the developers were visiting the University of Hannover, in Germany.

This machine is programmed to fly solo, without the need of human intervention. As reported on the webpage dedicated to this project, a malfunction occurred to the drone’s CNC (cellular network connection module) so that the robot couldn’t receive the “COME HOME” signal.

As reported by the project manager Kazuo Ichihara in an interview with the news agency JIJI Press, the flying robot, called NOBI, is still missing to this day.

The creators feared it had been stolen or destroyed; on March 27 though, all of a sudden the team’s image repository server got a few photo additions from the towns of Bern and Geneva (including one image depicting the famous water jet). It seems that the drone is still wandering around the continent; quite surprisingly, considering the natural barriers, it has already reached Switzerland, where it found an open WiFi connection and “decided” to take the opportunity to upload some photos to the cloud drive.
As of today it may have already moved to France or Northern Italy.
The team decided to share this information publicly so that people may help them spot the drone, contacting Osaka University using the link above, if and when they see it.

Think about it. This very primitive artificial intelligence is roaming around Europe, alone, resting at night on top of tall buildings and taking photos of Google Points of Interest. NOBI is basically the next embodiment of the stereotypical Japanese tourist, carrying around a camera and taking lots of pictures. 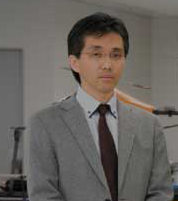 The NOBI project has been developed by a team lead by Kazuo Ichihara of Prodrone Ltd.; Zhiyuan Li of DJI Industries; Shi Hyoseok, Nobuyo Ōyama and Aoi Neko Poketto-Tsuki of the University of Osaka.

This multi-rotor unmanned aircraft vehicle (UAV), dubbed “the tourist drone”, albeit not technically considered ready for a public demonstration yet, has been programmed to choose its flight paths without any human assistance.
In retrospect, it does seem the ideal candidate for this kind of funny incident.

The system contains a GPS navigator, a sophisticated on board lightweight PC with Wifi and QuadBand connectivity, 4 navigation mini-cameras + 6 infrared sensors, 1 dedicated 12MP photo camera, a magnetoresistive magnetometer and of course a solar panel.

Our drone isn’t revolutionary per se in terms of hardware, except for the recharge system; we assembled some of the best components you could find on the market, while the framework and propulsion is based on the ultra-reliable ProDrone PD6B. Where it shines, though, is the software secret sauce.

Its program uses a simplified version of Google Maps; its core heuristic Expert System plans trips autonomously based on a number of parameters, including expected battery depletion between recharges and weather conditions if available (to that end, even if due to the CNC failure NOBI is no longer capable of connecting via 4G and UMTS networks, it can still take advantage of any open WiFi connection it finds); its target destinations are notable landmarks, where the photo camera takes center stage. The images are then uploaded to a cloud server when conditions are favorable.

The limited amount of photos that the drone sent from Switzerland may mean there’s some other malfunction going on, although it’s also programmed to come closer to the ground only when necessary (to limit the risk of collisions), and this fact may limit the opportunities for WiFi connection sessions.

In absence of wind, on a sunny day and under optimal conditions it could travel more than 80 Km (50 miles) with one charge; its flight plan identifies a flat surface as the destination, where it could spend the following night; typically on top of a building, where it may stay put for days in case of adverse weather. 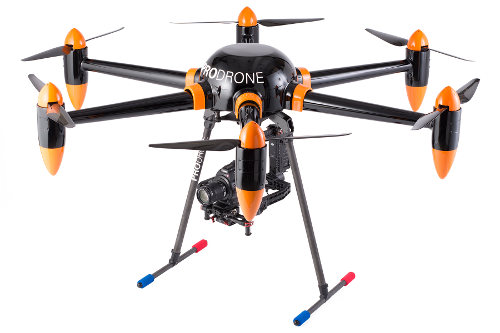 Here’s how NOBI the drone should roughly look like, although it’s been heavily modified to install the magnetometer, solar panel, main unit, recharge probes, sensors and other smaller parts. Image © 2017 ProDrone

The recharge system is the other jewel of the crown: while programming the software to identify on the map the power lines and other hazards, to be avoided without having to depend on the last second alert of the proximity sensors, the team realized they could use the very same electric wires as a source of energy. NOBI is designed to cautiously approach high voltage power lines from above, using the magnetoresistive magnetometer to fine tune the final approach phase, eventually coming in contact with the wires with its recharge probes.
A sort of big, awkward, clunky bird perched on the line… :-)

The drone, as I said before, carries also a high efficiency solar panel; this way it’s capable of recharging even in absence of suitable power sources (dense urban environments), albeit at the price of long stops. Two independent recharging systems!

Again, using the words of Ichihara:

Redundancy of operation is key to any reliable autonomous system

By optimizing the route plan, identifying the ideal high voltage recharging stops, a NOBI drone could theoretically cover 10 legs of its journey in a single day, covering more than 800 Km (500 miles). The adaptive software in practice is expected to explore a region at a slower pace and following a seemingly random path, but its versatile nature means no one can really predict its next move.

Hence, let me add: this shiny baby seems to have chosen to make a beeline for my country, choosing to photograph the treasures of Italian art (and basking in the sun) over the less glamorous tourist attractions of Germany.

It seems that the Osaka University NOBI website is gone! Yesterday I could still connect to its extensive presentation and datasheets, today I only get an error message.
A big change of plans indeed (from transparency to secrecy?).
Considering that this prototype carries a lot of cutting edge technology, possibly involving many lucrative patents, I guess they decided to pull it before the news got too widespread, to quietly retrieve the object without risking any interference or theft. But they could also have already found it.
I may be one of the few that had the chance to see the webpage…
Security reasons could also explain the move: after all, such technology could be exploited for military or intelligence applications.

It shouldn’t fall in the wrong hands. Although we could argue that in a few years automatic agents like this will be widespread anyway, and well within the possibilities of any rogue government or group. Imagine the danger posed by a few autonomous drones carrying around a small payload.

I’ll keep you posted if the developers contact me; I’m saving this page for future reference (you never know…)