Some ideas are so elegant (clever yet simple) that you regret not being the guy who came up with them.

The startup company ONO is launching a new 3D printing system for smartphones, with which you can obtain solid objects based on a design that you created or downloaded.

The main piece of hardware of the ONO system is your phone: modern handheld devices sport excellent raw computing power, internet connection, versatility, and crucially a high resolution screen. The screen is at the core of this technology because it’s tasked to emit light patterns in a step-by-step process, mirroring the shape of the various sections of the object that is being printed. Those light flashes solidify, layer after layer, a special photosensitive liquid resin.

Since the software and most of the important stuff reside on your smartphone, ONO’s design is quite simple: in practice it just needs to synch with the phone and manage the z-axis movement of the flat surface carrying the object being built.

That’s how producing ONO doesn’t cost a fortune; the kit is quite affordable at 99$. It’s projected to be put on the market during the month of April. The first few pieces were handed over during a NY Tech Show launch event on March 23.

Images speak more eloquently than words: watch the video below if you need to clarify how it works (keep in mind that during the initial campaign the name was still OLO).

ONO is clever because it’s based on simplification.

With this invention 3D printing becomes even more accessible to the general public. We’re used to think of 3D printers either as bulky professional machines (costing an arm and a leg), or unpolished doohickeys that only geeks who enjoy some tinkering would use.

From now on the term “3D printer” could describe a smartphone accessory! 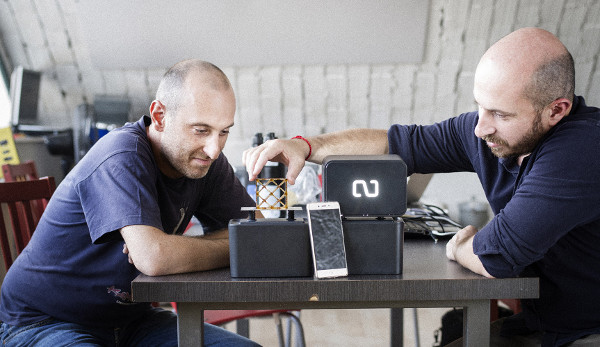 I’d say the two founders of this project provided us with a perfect example of lateral thinking: trying to see problems from a completely different and unusual angle.

They conducted a spectacularly successful campaign on Kickstarter: their goal was set at 80 thousand dollars, but they collected almost 3 millions.

(For those who don’t know, Kickstarter is a crowdfunding platform. A creator pitches his project to the public, then collects money from those who want to support it; the backers receive something in return, depending on the sum they pledged, be it a limited edition product, some accessories, stickers, t-shirts…)

I began writing this article last August: I was waiting for some important milestone before publishing it, but the launch was rescheduled due to some issues emerging over the last few months.

The first public presentation was in October 2015; then they had the Kickstarter funding round a year ago; delivery of the first batch of devices was scheduled for September. And here we are.

There’s a wide chasm separating the process of coming up with a great idea from the final goal, when you deliver a product that is mass distributed to the global markets.
They were even forced to change their name, from OLO to ONO (OLO refers to holography, but to use those three letters they would have needed to embark on a legal battle with a company claiming rights to the acronym).

Making stuff happen is hard. Kudos to the developers, who built something unique starting from the bottom.

I didn’t even know they were Italian when I decided to write about their idea. This of course is a nice bonus for me, being a fellow-countryman.

Not surprisingly, to strike it big they went to the USA: expatriating is realistically almost necessary for an Italian to hope to succeed these days. Sad.

On the one hand this is a nice gadget, reasonably priced, plus the world is huge; they don’t really need to target the average household to find enough buyers to get a significant business result.

The variety of resins they offer suggests a number of possible uses:
flexible, rubber-like, ideal for rubber stamps;
(hard or soft, clear or paintable) plastic;
waxy resin (meant to be fused to produce metal jewelry)…

Of course there’s a size limitation for the objects (12.7 by 7.6 by 5 cm, or 5 by 3 by 2 inches). The level of detail is decent, also dependent on the resolution of your phone’s screen.

On the other, this system is somewhat slow: even if it’s true we’ve all got a smartphone, who’s willing to leave it alone for hours, waiting for a printing process to complete? You wouldn’t buy a spare phone just for printing: it would be easier and more productive to invest in a proper 3D printer then.
The average user is probably going to start a printing job when he’s going to bed. Not ideal, but doable.

In a future the proposed tablet version could bring about a significant improvement in size; plus, of course, it’s becoming commonplace to keep tablets around that you don’t mind leaving alone for a while, while they perform their magic.

To me the biggest issue facing ONO is also typical of 3D printers in general. I decided to christen it “The Koothrappali-Wolowitz Paradox”.

(Spoiler alert) The Big Bang Theory, 6th season, episode 14, The Cooper-Kripke Inversion.
Koothrappali and Wolowitz buy a very expensive 3D printer. They use it to print a stupid whistle, plus a few miniatures of themselves and Bernadette. They feel both overexcited thinking of the infinite possibilities, having the opportunity to build any model they want, but also nonplussed because, notwithstanding the monetary and emotional investment, they can’t come up with something worthwhile to do with this amazing piece of technology.

Here’s the paradox: having idealized the boundless freedom to create any 3D object you could desire or need, in practice you don’t know what to do with this newfound power, hence you rapidly lose interest.

After all even the 2D printers fell by the wayside, after a golden age when it seemed everybody needed to print documents from their home. We’re becoming less and less dependent on physical objects. The younger generation isn’t interested in stuff: less material possessions mean more freedom to move around the world. Bits are replacing atoms. We don’t really need lots of extra trinkets.

If I may (tongue-in-cheek)… There must be a sort of curse on 3D stuff. Disclaimer: I was a fervent 3D goggles and videogames geek.
This sort of stuff can’t get the masses interested, despite the ability of marketing gurus to create a passing fad once every few decades. 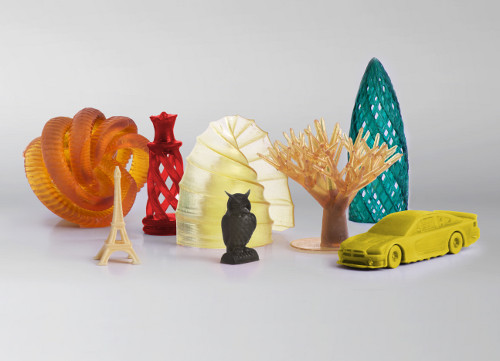 All in all, i believe ONO will be a nice niche success, even though it won’t shatter any record; it’s an opportunity for more people to get interested in prototyping without breaking the bank.

I bet that some of the most creative uses of ONO will emerge from the least expected places; maybe the suburbs of small African towns, where some visionary micro-businessmen will produce and sell small plastic spare parts for everyday objects.